Forums. Once upon a time sex industry forums used to be called just that, “sex industry forums’. They were a place everyone involved in the sex industry were welcomed and valued. In the last 10 years there has been a move away from the idea of forums being an inclusive community to a more segregated or isolationist environment where “punters” are welcome and sex workers are forced to sit at the back of the bus at best. More commonly sex workers and men who are supportive of the work have our voices and our very presence shunned. We are used as a form of therapy for any “punter” who sees himself as a victim of some perceived harm a woman has perpetrated against him at some time in his life. By therapy I mean we are used as a tool for men who see themselves as victims of women to vent their anger. We are raged against, we are minimised as people, we are openly abused.

We now live in a time of “punter forums”. Punters are by definition people who take a gamble or make a risky investment. This is how these men approach the sex industry and seeing a sex worker. I suppose it makes them feel like they’re living on the edge a little. Making the idea of paying for the company of a woman a little more risqué or sexier somehow because taking a risk does make life a little more exciting. It’s why people jump out of planes, dive off the side of a boat to swim with sharks or put money in the share market. Taking a risk or a punt always results in a good story or notoriety when talking to your mates. No problems or arguments here with me with the concept or the desired state of mind or mateship. The problem is punter forums have bastardised this concept, this idea, this desire and twisted it to nurturing and encouraging abusive, segregated and dangerous environments.

I have felt the full brunt of punter forum tag teams. There was a punter forum called Fun in Australia 10 years or so ago. On that forum I had a 30+ page hate thread dedicated to debasing, dehumanising and basically a place where people could hate on me. The posts reported on what a cunt I was, how I should be spat on, I was diseased, I should have some manners fucked into me etc. It basically worked as a competition to see who could book me and then treat me the worst in bookings. I suppose you could say I was the forum mascot…. They made their proverbial bitch.

I was in this situation because I owned another forum FIA considered the competition so did everything to take the forum down and they were 100% successful and destroyed the business which cost me a lot of money and tears. However, the other consequence was I did a booking and the client to put it in punter forum terms “hate fucked me” then spat on me and said “you took one for the team. I’ll let the boys at FIA know”. I wrote a blog about this incident and said I’d report them to the police for online bullying which resulted in the hate thread being locked but the forum owner and head moderator refused to take the thread down so it was not the end of my drama by any stretch.

The language forum owners and moderators use and allow to be used on these punter forums in reviews and in conversations sex workers are actually allowed to participate in, give license to punters to be bigots, spew hatred and perpetuate violence. I could give you 100 examples of this but just this one I read recently speaks for them all:

The review then went on to explain in graphic detail exactly what it’s like to be hate fucked. Many reviewers are essentially writing statements that can and should be used as evidence to lay assault/sexual assault/rape charges. Once the member of the forum has posted the review, other punters then go onto the thread the review is posted on and thank him for the review, say he had every right to hate fuck the cunt for charging him for kissing, express extreme disgust someone would dare charge any extras for anything let alone kissing, they thank him “for taking one for the team”, told she did indeed sound like a “dud root” because she charged for kissing. You get the mandatory “women just use men as walking credit cards while we lead them on” or we ““ride the cock merry go round and keep ex-boyfriends on hand while getting jealous if men have had any former girlfriends” (what the fuck this has to do with sex work is beyond me), “they think they have platinum cunts when all they got is a sow’s ear”. “When I fucked her, it was like throwing a sausage down a hallway” which of course doesn’t take into consideration the fact the guy probably had a small dick rather than it being a reflection of how tight or lose her vagina was. The of course you get the VFM or value for money or would I return? The answer is usually, yerr I’d return if I wanted to hate fuck someone again and of course in the value for money stakes… FUCK NO SHE CHARGED ME TO FUCK MY GLORIOUS COCK!! The sheer outrage of it!

Recently I have scene:

“sex workers don’t lie on purpose they just fuck up”

Sex workers are accused of using social media to spread lies about men without repercussions – apparently if a woman says something a punter doesn’t agree with she must be punished.

We blame men for everything to make ourselves feel better

We are threatened with legal action if we use social media to be heard if we speak out against a forum, forum owner or forum participant

We are called stalkers if we go on a forum

We are called Ugly Mugs, insane, fat, ugly, mad, we’re a bunch of retards pulling things out of our fat arses, trolls, idiots, haters, if we challenge what forum owners or participants say

We are told we are defaming and threatened with legal action if we speak out against forums, forum participants and forum owners

Polls are put up to isolate and bully individual sex workers. An example may be ‘do you believe Lux 100% fucked up and that she was wrong in what she did?’ Agree or Disagree?

The fact of the matter is punter forums are irrelevant. They became irrelevant when they excluded sex workers. Forum owners were under the false notion that all punters hate hearing from or talking to sex workers ie. Sex workers should be fucked but not heard. They were wrong. Men actually like talking to, flirting with and enjoying the company of sex workers… IT’S WHAT THEY PAY US FOR! When we were excluded we went elsewhere because sex workers are resilient creatures. We went to social media like Twitter where we happily talk to our clients. For the most part sex workers forgot about forums as did most clients of sex workers and only really chose to go onto a forum if they were bored and wanted a shit stir or a laugh.

The only reason punter forums have any relevance anymore is for when sex workers are bored and feel like taking the piss so we go on a forum to shit stir. They are also relevant to punters who hate women, perceive they have been harmed by women and so go to a forum for a pity party and to vent some hatred.

If you see a sex worker being debased on a forum either leave the forum and don’t ever return so they continue to wallow in their own shit flinging as the forum continues to slowly dies or say something! Speak up! By saying nothing you are condoning, perpetuating and allowing violence to occur. You cannot allow women whether cis women, trans women….. no matter what gender identification or diversity, no matter what nationality to be spoken about like they do not matter. They matter. WE matter. Currently there are 3 sex workers who are being hunted and threatened by a punter forum owner and members…. After this blog I count myself as one of the 3 lol. I don’t give a shit. It’s nothing this owner and members of this forum didn’t do to me 10 years ago. However, the other sex workers very much do mind. Please speak up and support them or any woman you see being harassed.

Before I am threatened with legal action for defamation think about 1. Can you really afford it? 2. Do I give a shit? 3. Every single one of those reviews you have on your forums or if you have ever written a negative review, you defame me or whoever the review was about. Pot, kettle, black or more appropriately flinging shit in a cow shed. 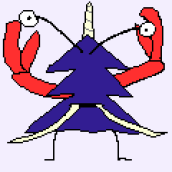